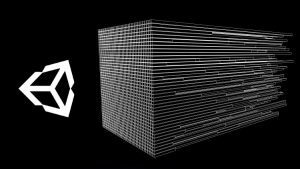 If you are a Game geek and in case you ever tried your hand towards computer gaming, you must be aware of the Unity software. Regardless the 2D or 3D Unity game development you want to make, Unity is the common platform that most of the games in the market are created. With this application, you can create a full length working two-dimensional and three-dimensional games just as you witnesses everywhere.

This 2D & 3D Unity game development course is focused towards giving the understanding of the Unity 5 version and unity game development teach you how you can make use of the software in creating traditional two-dimensional games and breathtaking three-dimensional games. We will look into various parts of the software which will directly deal with both flavors of the game. We start the lectures from the scratch as beginners can understand the complex topics covered in the further lectures and we also have advanced lectures such as scripting and 3D gaming essential elements which will help intermediate and advanced level students to learn deeper concepts about Unity 5.

A common misconception these days is to leave the traditional two-dimensional gaming and start working on three-dimensional gaming from the day one, which can potentially dent a gamers career. We introduced 2D gaming in this course as even today, it is widely used and highly successive games of all kinds. 3D gaming is essentially worked only by High-end studios and massive gaming companies as EA. Though the spectrum is large, on a global scale the number of companies that are totally involved in 3D gaming is relatively lesser when compared to the gaming companies working on 2D gaming. The numerous numbers of games we find today on Android and iPhone are dominated by the two-dimensional gaming examples. Every day there are a huge number of gaming companies coming into the global market who are trying their hand at the 2D games through the mobile platform. This is one of the strongest rationales that we included the 2D gaming in this course.

On the other hand, three-dimensional games are hitting the market like never before. In the recent years, 3D games revolutionized the way we perceived gaming experience from what we have seen a few years ago. Thanks to the increasing capacity of the hardware equipment and latest technology. Very soon, 3D gaming will set up into a multitude of avenues such as Holograms, Virtual reality, Sensor-driven gaming and much more – Unity 2D & 3D

Skills You will Master: