THE COMPLETE GUIDE TO LEAGUE OF LEGENDS 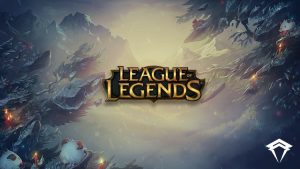 Learn how to improve your game mechanics, micro/macro knowledge, and rank from former LCS coach, NicoThePico.

League of Legends is the most popular video game since 2012 with over 100 million monthly active players and the biggest eSports scene across the globe with over 100 million viewers. Over the years, professional players have figured out the complexity of the game, making it one of the hardest games to learn and master. As League of Legends players, we all have gone through the same struggles of learning the game mechanics, roles, meta, and individual champions. However, NicoThePico is here to help in League Of Legends.

Nicholas “NicoThePico” Korsgård has been an EU LCS head coach for teams such as Origen, Fnatic, and Ninjas in Pyjamas. In addition, Nico also has assisting coaching roles for teams like Banditos (now Misfits), and prior to that played as the Jungler for Enigma eSports. Currently, Nico is the top-rated coach on GamerSensei where he has coached over 100 people with 100% of them improving their ranks in no time. On a personal level, Nico has achieved challenger tier on 3 different roles respectively. As a player and coach, Nico will be able to show you perspectives of League of Legends that you may not have noticed or ever thought of.

NicoThePico’s League of Legends course will feature the 3 most important aspects of the game.

Outside of the 3 most important aspects of the game, Nico will also go over the Rift, talking about the objectives of the game that include:

As an added bonus to Nico’s course, you will get a bonus lesson on how to use the Replay Tool on League of Legends. From a coaching standpoint, Nico believes the Replay Tool is extremely important in analyzing your own and others’ gameplay in order to fix your mistakes.

Lastly, Nico has a Bachelor’s Degree in Economics & Leadership, with an emphasis on Entrepreneurship & Business Management. This played a crucial part in Nico’s success breaking into the eSports scene. Toward the end of this course, Nico will share his secrets and tips on how you can stand out & break into the competitive eSports scene.

Please enjoy Nico’s course and hopefully you too can level-up your game!