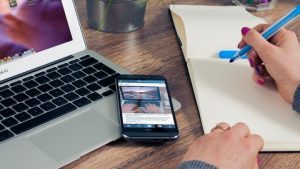 What is the problem that we are solving with this course?

These are the issues that you will never look back after taking this course. We will use Javascript code to build Native mobile apps for both android and iOS. We will use React native, used by Facebook, messenger, Instagram, tesla etc, to build our apps. This is like a front end course for mobile apps.

With React Native, you can use your web skills to produce native mobile apps. Further to help us in fast production, we will use Expo client to generate boiler plate code. Expo is very popular tool in industry to create React native apps.

We will create 10 apps, each addressing different design issues that you will face in your app development journey. Apps like tutorial screen, login screen with keyboard awareness are must to put in your bag.

Also we will create some clones like youtube app clone, of course front end only, so that you can replicate any design that is passed to you – Mobile Apps

After taking this course, you will be able to create front end of mobile apps, both android and iOS, using react native. All apps are tested on both iPhone and Android devices and have consistent look on both platform.

React native is a state of art technology, used by Facebook and loved by developers. Now, finally you can focus on your project concept instead of being worried about learning many languages to create an app.

Have a look at Promo video and there we have mention about the apps that we will be creating in this course.

See you inside the course !