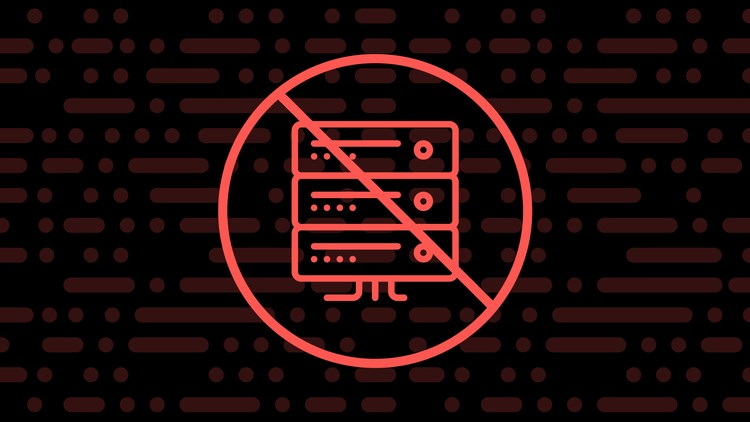 Learn how to build and deploy Restful APIs with Serverless Framework, Node.Js, DynamoDB, and AWS

The Serverless Framework is a free and open-source web framework written using Node.js. Serverless is the first framework that was originally developed for building applications exclusively on AWS Lambda, a serverless computing platform provided by Amazon as a part of the Amazon Web Services. Currently, applications developed with Serverless can be deployed to other function as a service providers, including Microsoft Azure with Azure Functions, IBM Bluemix with IBM Cloud Functions based on Apache OpenWhisk, Google Cloud using Google Cloud Functions, Oracle Cloud using Oracle Fn[1], Kubeless based on Kubernetes, Spotinst and Webtask by Auth0.[2]

Serverless is a cloud computing execution model where the cloud provider dynamically manages the allocation and provisioning of servers. A serverless application runs in stateless compute containers that are event-triggered, ephemeral (may last for one invocation), and fully managed by the cloud provider. Pricing is based on the number of executions rather than pre-purchased compute capacity, isn’t it the ideal framework for that project you have been planning since a long time? Well, go ahead do it.

Most of the cloud providers have invested heavily in serverless and thats a lot of money; with the given massive promotion and realistic offering you can safely assume serverless to be one of the most used cloud services in upcoming years. Here are some of the currently available cloud services:

For years your applications have run on servers which you had to patch, update, and continuously look after late nights and early mornings due to all the unimaginable errors that broke your production. As long as you managed them, the whole responsibility of their proper functioning was on you. Serverless tends to be unlike the aforementioned, you no longer need to worry about the underlying servers. Reason being, they are not managed by you anymore and with management out of the picture the responsibility falls on the Cloud vendors. But regardless the cool features of Serverless in some cases, the traditional architecture outshines it.

One of the major advantages of using Serverless is reduced cost, for years the cost of provisioning servers and maintaining that 24×7 server team which blew a hole in your pocket is gone. The cost model of Serverless is execution-based: you’re charged for the number of executions. You’re allotted a certain number of seconds of use that varies with the amount of memory you require. Likewise, the price per MS (millisecond) varies with the amount of memory you require. Obviously, shorter running functions are more adaptable to this model with a peak execution time of 300-second for most Cloud vendors.

The winner here is Serverless Architecture.

The downside is that Serverless functions are accessed only as private APIs. To access these you must set up an API Gateway. This doesn’t have an impact on your pricing or process, but it means you cannot directly access them through the usual IP, snap!

The winner here is Traditional Architecture.

Most, if not all of your projects have external dependencies, they rely on libraries that are not built into the language or framework you use. You often use libraries with functionality that includes cryptography, image processing, etc., these libraries can be pretty heavy. Without system-level access, you must package these dependencies into the application itself.

The winner here is based on the context. For simple applications with few dependencies, Serverless is the winner; for anything more complex, Traditional Architecture is the winner.

Setting up different environments for Serverless is as easy as setting up a single environment. Given that it’s pay per execution, this is a large improvement over traditional servers, you no longer need to set up dev, staging, and production machines. Eventually you’d lose count of all the environments, at some point.

The winner here is Serverless Architecture.

With Serverless computing, there’s a hard 300-second timeout limit. Too complex or long-running functions aren’t good for Serverless, but having a hard timeout makes it impossible to perform certain tasks. A hard limit on this time makes Serverless unusable for applications that have variable execution times, and for certain services which require information from an external source.

Scaling process for Serverless is automatic and seamless, but there is a lack of control or entire absence of control. While automatic scaling is great, it’s difficult not to be able to address and mitigate errors related to new Serverless instances.

It’s a tie between Serverless and Traditional Architecture.

Functions as a Service (FaaS)

FaaS is an implementation of Serverless architectures where engineers can deploy an individual function or a piece of business logic. They start within milliseconds (~100ms for AWS Lambda) and process individual requests within a 300-second timeout imposed by most cloud vendors.

FaaS are similar to the functions you’re used to writing in programming languages, small, separate, units of logic that take input arguments, operate on the input and return the result.

With Serverless, everything is stateless, you can’t save a file to disk on one execution of your function and expect it to be there at the next. Any two invocations of the same function could run on completely different containers under the hood.

FaaS are designed to spin up quickly, do their work and then shut down again. They do not linger unused. As long as the task is performed the underlying containers are scrapped.

Although functions can be invoked directly, yet they are usually triggered by events from other cloud services such as HTTP requests, new database entries or inbound message notifications. FaaS are often used and thought of as the glue between services in a cloud environment.

With stateless functions multiple containers can be initialised, allowing as many functions to be run (in parallel, if necessary) as needed to continually service all incoming requests.

Fully managed by a Cloud vendor